Splendor of the second empire
The so-called Palais Garnier and its unique architecture is one of the marvels of the 9th district. Commissioned by Napoleon III, a competition took place in 1860 by ministerial order. Out of 170 projects that were submitted, it’s the one of Charles Garnier, 35 years old that was chosen. The first stone was raised solemnly on the 21st of July 1862 and the National opera house was inaugurated on 5th of January 1875 despite of the political changes that occurred during the work. The Palais Garnier is the story of one great architect who, from the beginning to the end, thought everything in an eclectic style with an incredible harmony.

In 1851, when he was a pensionary at Villa Medici in Rome and on a trip to Athens, Garnier exclaimed while discovering the Parthenon : “There is no choice between the arts, you have to be God or architect.” 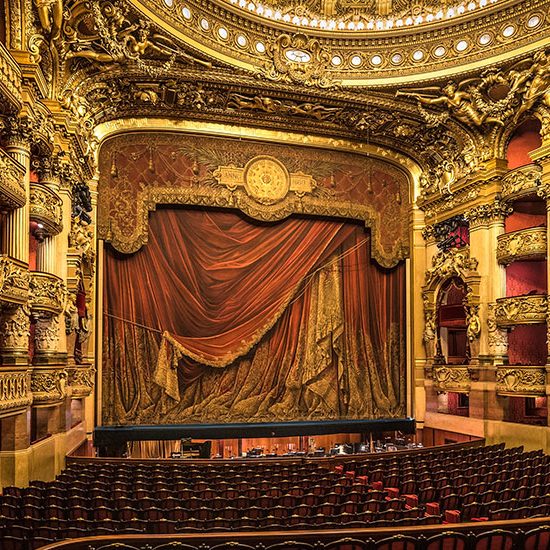 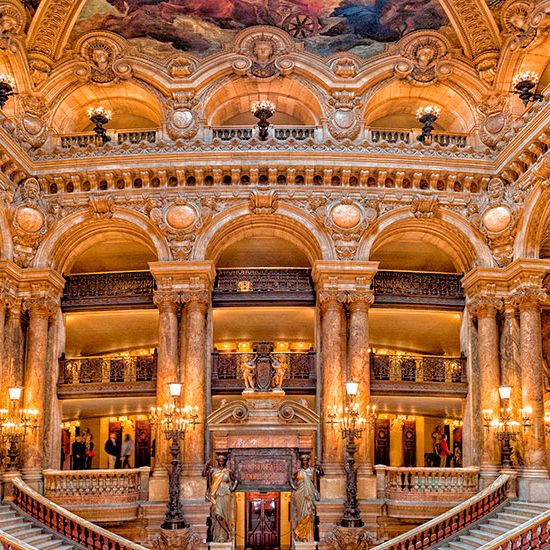 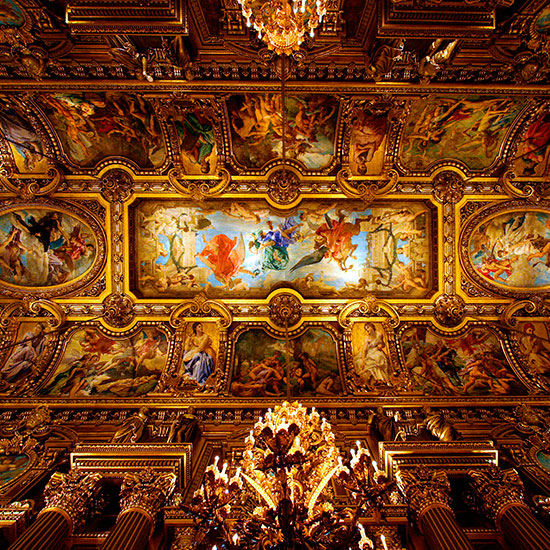 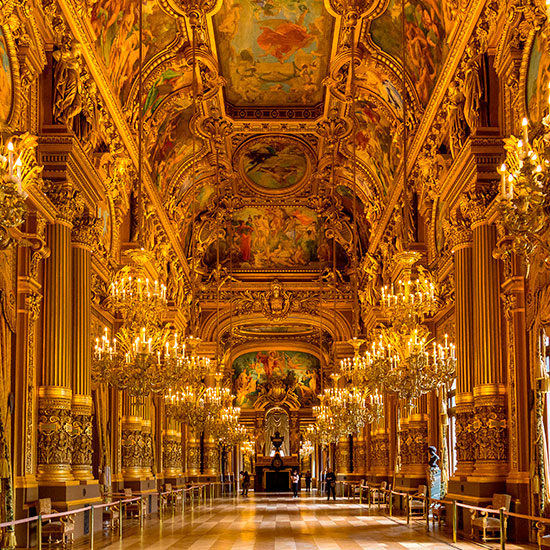