The catacombs of Paris

The catacombs of Paris

Stop! Here lies the empire of death!
Since antiquity, open quarries have been dug by the Romans to build the arena of Lutetia or the baths of Cluny. From the Middle Ages, the exploitation of stones became underground and galleries began to be excavated. The Notre-Dame Cathedral and most monuments of Gothic architecture were built with these stones.

In the 18th century, the empty spaces left by the excavation were filled with the bones of Parisian cemeteries. Over 6 million Parisians in total were buried in the catacombs inaugurated in 1786. On a 2km long walk, your guide will tell you about the circumstances of the creation of this giant burial site and tell you about the mysterious stories that occurred there. 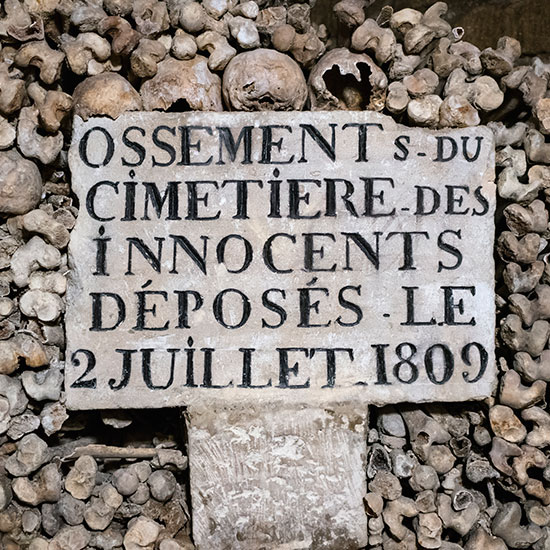 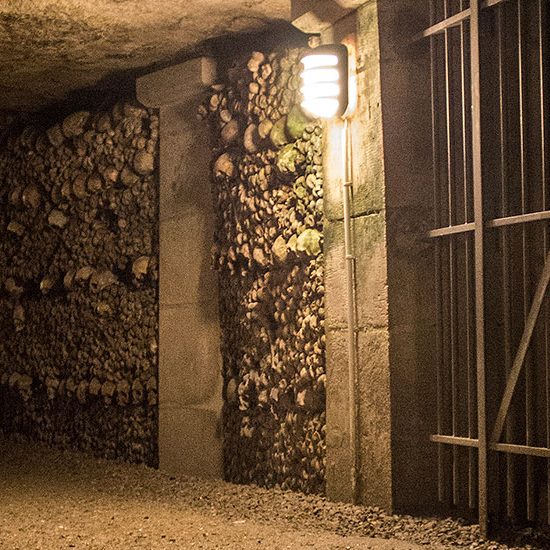 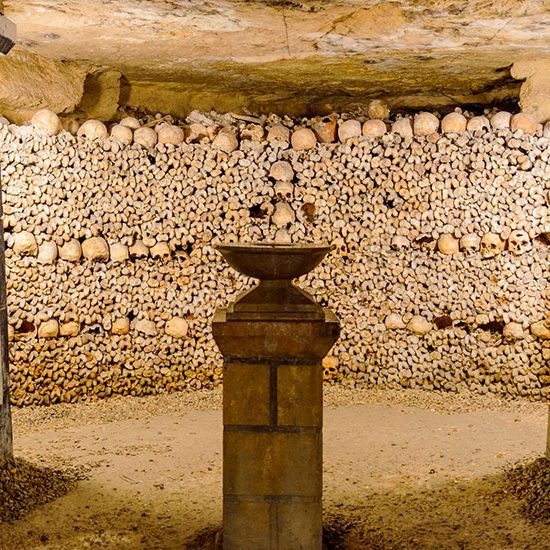 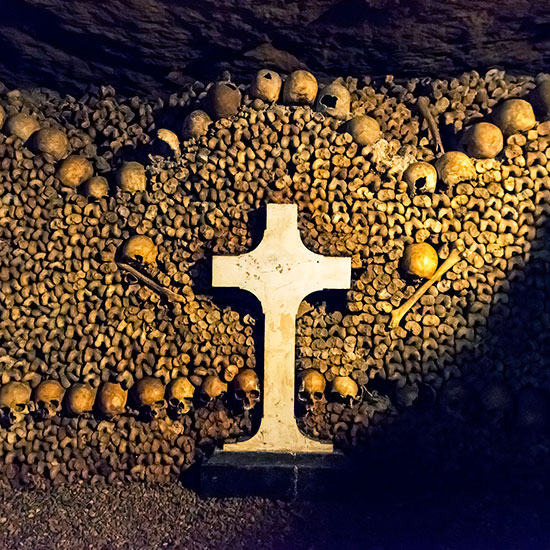 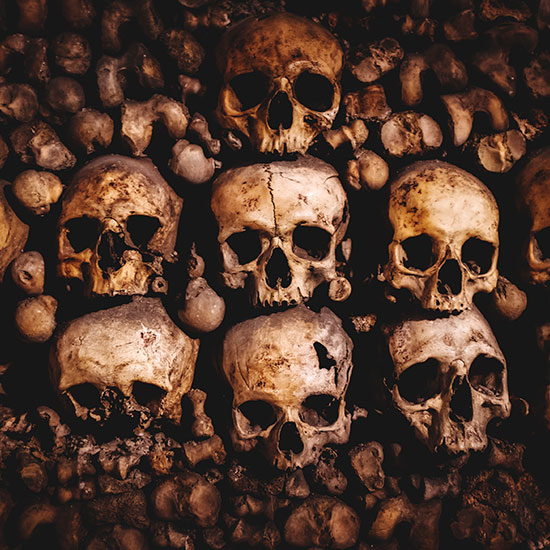